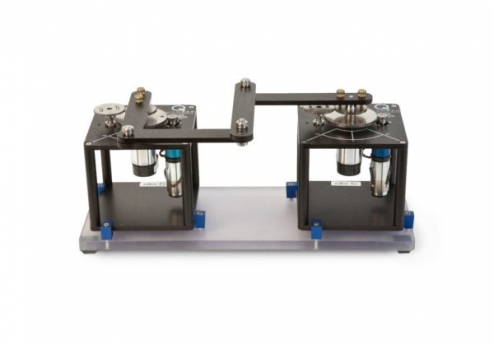 The 2 DOF Robot module is ideal to introduce students to the fundamental and intermediate principles of robotics. You can use it to demonstrate real-world control challenges, such as pick-and-place robots used in manufacturing lines.

The 2 DOF Robot module attaches to two Rotary Servo Base Units. Using this experiment, students learn concepts such as forward and inverse kinematics and workspace control.

The 2 DOF Robot module is connected to two Rotary Servo Base Units, which are mounted at a fixed distance. Two servomotors on the Rotary Servo Base Units are mounted at a fixed distance and control a 4-bar linkage system: two powered arms coupled through two non-powered arms. The system is planar and has two actuated and three unactuated revolute joints.
The goal of the 2 DOF Robot experiment is to manipulate the X-Y position of a four-bar linkage end effector. Such a system is similar to the kinematic problems encountered in the control of other parallel mechanisms that have singularities. 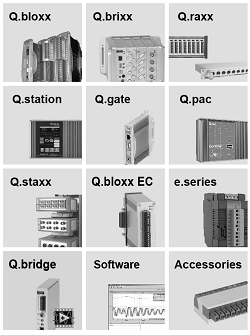 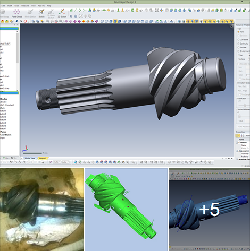